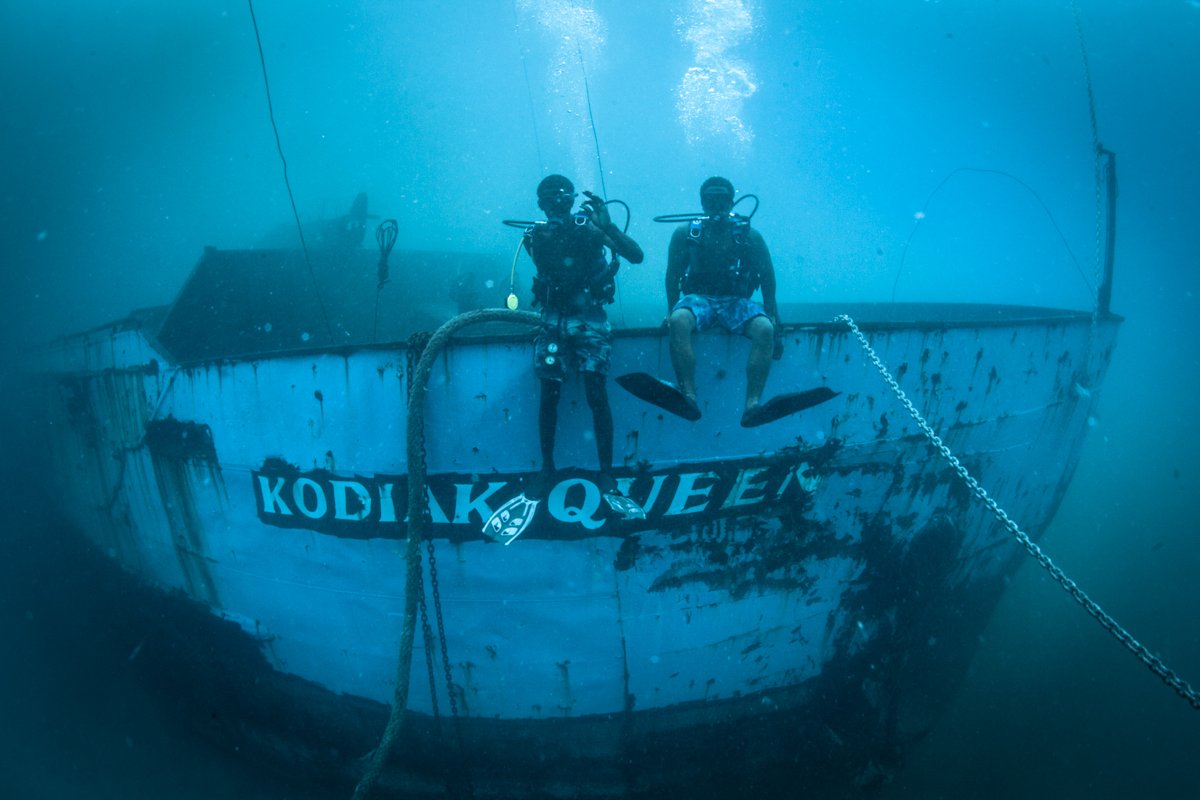 An old fuel tanker that was one of the few ships that survived the attack on Pearl Harbor in 1941 has become a new artificial reef, a world-class dive site and a marine habitat in the British Virgin Islands. In order to boost diving tourism and raise awareness about ocean conservation, there is no better way to experience this new site than the back of the The Moorings dive yacht, Poseidon’s Pearl, complete with captain, chef and host.

Kodiak Queen, which went to the scrap pile, has just been saved, cleaned and sunk in Virgin Gorda in the British Virgin Islands as part of a permanent installation of ecological underwater art. The ‘BVI Art Reef’ project is directed by Sir Richard Branson and a group of leading entrepreneurs, engineers, artists and scientists, all working together to give the ship an honorable and rejuvenating next chapter in its long career at sea.

Before it sank, an 80-foot sea monster was created by artists without mesh and attached to the top of the boat so that it could provide an underwater structure that would help with the restoration of the coral and create an invaluable marine habitat. It is expected that everything from turtles, sharks, sea sponges and coral live in and around the wreck. Over time, the project aims to raise awareness of the important environmental problems facing our oceans and to attract people’s attention to the importance of addressing climate change, protecting coral reefs and rehabilitating vulnerable marine species.

One of the best ways to dive into this new and exciting site and learn more about the BVI Art Reef project is in an ‘Ultimate Dive BVI’ manned package with The Moorings. It offers the opportunity to combine a week in a full-crew ship with private captain, chef and host with the opportunity to explore some of BVI’s most beautiful dive sites, including this new shipwreck. Guests can navigate directly to the dive site and dive directly from the back of the catamaran so there is no need to find a dive boat. All equipment is on board: guests simply drop anchor and dive, accompanied by the PADI certified diving instructor, the yacht’s captain!